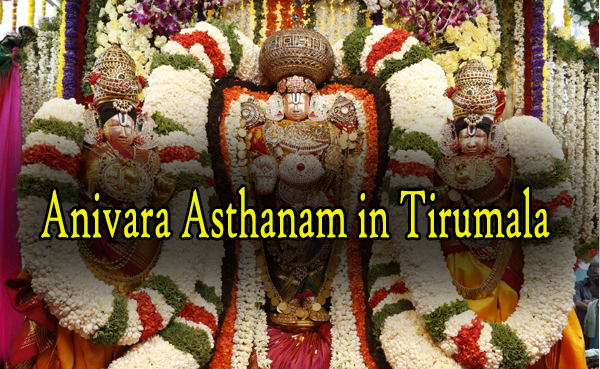 In the past, the annual accounting of the Lord’s income and expenditure, assets and
liabilities, etc used to commence on the day of Anivara Asthanam. The budget is now
shifted to April as per the modern practice.

The utsava, however, continues to take place asusual.On that day, Sri Malayappa Swami along with Sri Devi and Bhu Devi is taken on Sarva Bhupala Vahana to the front yard of Golden Entrance. Vishvaksena comes in a different palanquin. They are offered clothes and food on a grand scale. After the blessing with turmeric rice, the Executive Officer is handed over the key bunch of the temple and offered harathi and shathari. Prasadam is distributed later 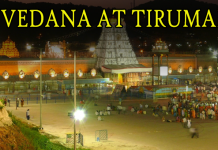 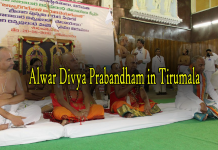