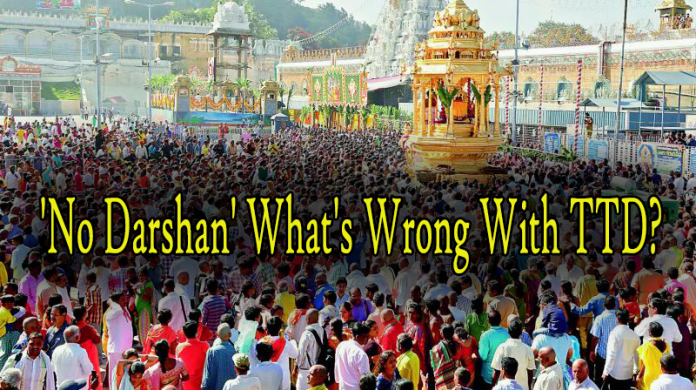 Due to upcoming festival of Asta Bandhana Balalaya Maha Samprokshanam, which occurs every 12 years TTD has decided to close the temple from 6PM on 9th August 2018, to 6AM on 17th August 2018. Due to this, the temple Darshan will be effected. However, pilgrims will not be allowed to take part in this festival, as it will be conducted in the inner sanctum, which includes some repairs to the pedestal on which Lord Sri Venkateshwara Stands.

However, the Darshan is not completely blocked, and only 30,000 pilgrims will be allowed for Darshan each day. Several rituals, poojas, renovation and other events will take place during these days and actually, the entire process actually will be for 48 days. But its effect on pilgrim Darshan will be from August 9th to 17th Aug.  The actual day on which the event is done is  in Tula Lagnam between 10:16 am and 12 noon on August 17th.

A Decision taken by Tirumala Tirupati Devasthanam (TTD) Board has been creating a sensation. For a period of 9 Days, TTD decided not to allow darshan of Lord Venkateswara Swamy.

Devotees won’t be allowed to reach Tirumala from August 9th morning to August 17th evening. This step has been taken keeping in mind Astabandana and Balalaya Maha Samprokshana scheduled to happen from  9th to 17th of August. A decision in this regard was taken during the TTD Board Meeting chaired by Chairman Putta Sudhakar Yadav.

The Temple Chairman said that there would be a special convention on August 11th and made it clear that this nine days did not allow devotees to climb the hill. The devotees expressed their anguish over the decision of TTD as they won’t get to visit the temple for eight days.
Since 1958, Maha Samprokshana has been conducted five times in Tirumala. Never been before darshan has been scrapped completely. TTD Board and State Government has ben facing criticism for stopping darshan for as many as 8 days.
And Also check – Ashta Bandhana Balalaya Maha Samprokshanam 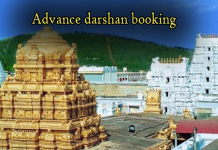