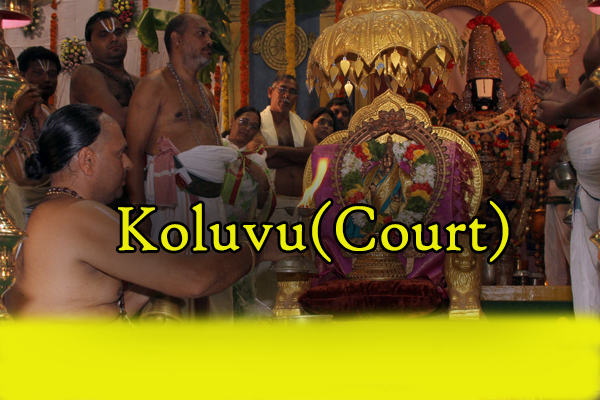 After the morning Thomala Seva or Abhishekam (on Fridays), the accounts of the previous day is closed and submitted to the lord. This ritual is called Koluvu and is also called Durbar. Koluvu Srinivasa is brought to the Tirumamani mantapam (inside the sanctum sanctorum) and seated on a silver-plated chair with a canopy of gilt umbrella presented by the Maharajah of Mysore. This ritual is conducted in Ekantam, and only the priests and TTD officials are present. The following rituals are held:

Every day in the Koluvu, Srinivasa gives rice along with betel leaves and honorarium (dakshina) in charity (Tandula Daanam) to the priests. The priests bless Lord Srinivasa to be wealthy every day(Nityaishvaryo bhava). This takes place in complete solitude. 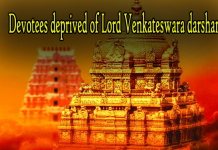