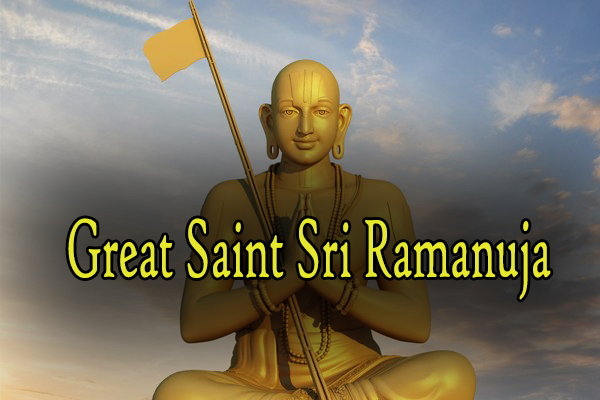 Sri Ramanuja, the great saint, teacher and founder of the philosophical school known as Visishtadvaita was born in A.D. 1017 at Sriperumbudur near Chennai in South India. He is known as the greatest exponent of Visishtadvaita Vedanta.

He systematically expounded philosophical truths and synthesised Bhakti and Jnaana, the two folds of characters possessed by the Alwars and Acharyas, the saints and the sages. He called it the ‘Bhaktirupapanna Jnanam’.

Sri Ramanuja’s maternal uncle Tirumala Nambi is believed to have been the first citizen of Tirumala. He was also one of the five Acharyas of Sri Ramanuja and taught him Mahabharata and Ramayana from the angle of Visishtadvaita.

The Alwars visited and glorified in song several holy places.

Sri Ramanuja went on a pilgrimage to all those places and introduced reforms in the rituals of worship and the mode of administration of the temples. His chief aim was to make religion reach the common man.

He climbed the holy hills of Tirupati on his knees for fear of desecrating them with his feet.

As he crossed the seven hills he enjoyed the charming panorama of nature and he was blessed with the vision of the blissful image of Srinivasa within, the God whom he had so long cherished in his heart. He stretched himself before his God, and stood up before the holy image with hands raised and folded. There is a traditional story that Sri Ramanuja gave Lord Venkateswara His divine discus and the conch (Chakram and Sankham).

Sri Ramanuja spread devotion and discipline in society through his nine works lauded by scholars as ‘Navaratnas’. He attained the lotus feet of the Lord after a full lifespan of 120 years.

The Veda Vedanta Gurukula Mahavidyalaya in Swetha Sringachalam is a unique school dedicated to the cause of propagating and perpetuating Vedavidya in the Gurukula system. There is a murti of Srividya Ganapati in the Vidyalaya. Srividya Ganapati is a very rare aspect. He is endowed with twelve hands, Chandrakala (crescent) and He has feminine features. Hence He is worshipped in the female aspect.

And also check – History of Tirupati 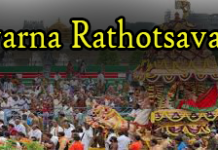 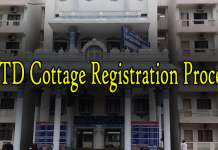