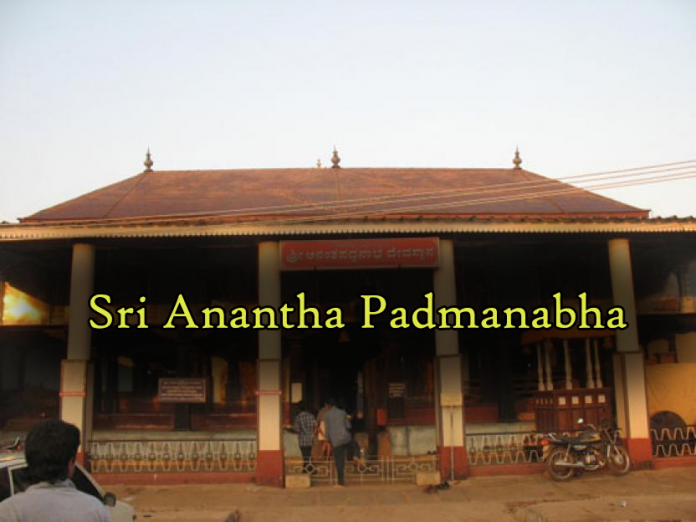 Hebri in Karkala taluk is a prominent business centre of Udupi district. Situated just beneath the picturesque Agumbe Ghats, Hebri, enriched by the flow of river Seethanadi, has a number of agro-based industries such as cashew processing, rice mills, oil mills, cattle feed manufacturing and others. It also has a calm atmosphere, surrounded by green paddy fields, arecanut, coconut and cashew plantations and thick, green forests.

It is said that only those who profess the Hindu faith are permitted entry to the temple. Devotees have to strictly follow a dress code.

Sridevi, the Goddess of Prosperity and Bhudevi the Goddess of Earth, two consorts of Vishnu are by his side. Brahma emerges on a lotus, which emanates from the navel of the Lord. The deity is made from 12,000 saligramams.The name ‘Hebri’ has been arrived from a word- Hebberi. The village had an enormous ‘Bheri’ (Drum), an instrument producing huge noise, which was used to caution people during calamities. This Bheri (Hebberi) brought a beautiful name for a colourful town.

How does it open?

It is said that chanting the Garuda Mantra by a powerful ‘SADHU’ or ‘YOGI’ proceeds to automatically open the door and no human effort is needed to open it in any other way.

It is said that If this mantra is chanted properly by some Sadhu, only then will the door open. Else, mighty serpents guarding the door will wreak havoc on those who try to open the door.

ord Anantha Padmanabha is the presiding deity of the Temple, situated on the main road. The Temple premise also accommodates the shrines of Kshethrapala, Khadga Ravana and Dhoomavathi. The idol, a beautiful black granite sculpture in standing posture, is three feet in height. Famous historian late Dr Gururaj Bhat, who had studied the sculpture of the deity, was of the opinion that the deity should have to be recognised as Lord Srinivasa. But available lithographs, which also point at the generous donations of some kings to this Temple, have mentioned the deity as Sri Anantha Devaru or Sri Anantha Padmanabha. Three different idols were installed simultaneously in three Temples at Hebri, Perdur and Iruvathur. 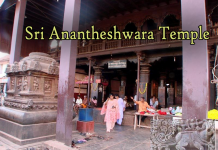 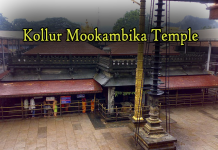